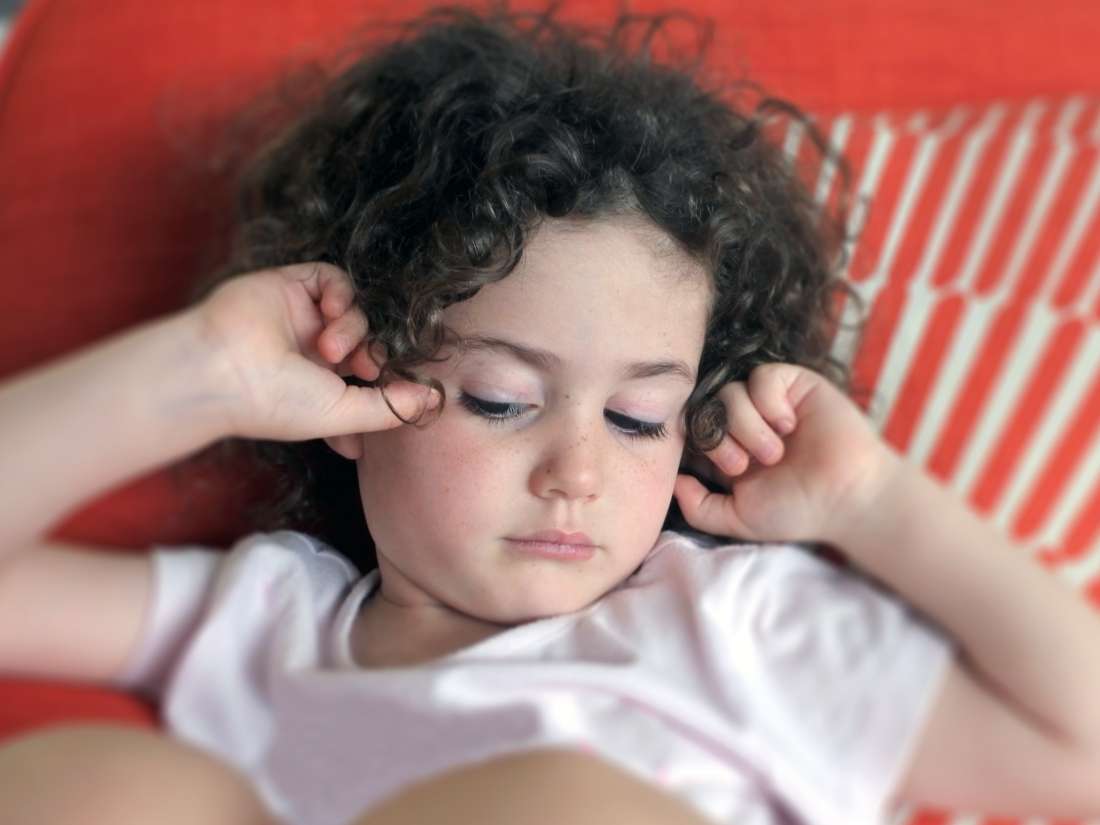 Depending on its severity, it can cause developmental delay, epilepsy, problems with vision, and a shortened life expectancy.

In this article, learn more about Aicardi syndrome, including its risk factors, symptoms, and treatments.

Aicardi syndrome is a rare condition that almost exclusively affects females, with doctors having reported only a few cases in males.

Another name for Aicardi syndrome is agenesis of corpus callosum, or ACC.

Experts think that the condition develops in an embryo during early pregnancy, when there is a change in the DNA of one or more genes.

Aicardi syndrome is not passed down through families. It occurs in people with no family history of the condition.

Children with Aicardi syndrome may also have developmental delays, learning difficulties, and partial sight or blindness. They may also have a shortened life expectancy.

Aicardi syndrome is very rare, occurring in just 1 in 105,000–167,000 babies in the United States. Around the world, there are likely about 4,000 people with the condition. Most of these people are female.

Researchers believe that Aicardi syndrome results from genetic mutations that happen while an embryo is forming. One change may involve the X chromosomes in affected females.

Research indicates that when the characteristic genetic mutations occur in one X chromosome, female embryos can survive because another, healthy X chromosome is present.

If these changes occur in the single X chromosome of a male embryo, it is unlikely to survive. This could explain why babies born with the syndrome are almost exclusively female.

However, very rarely, male babies have been born with Aicardi syndrome. Some boys with the condition have an extra X chromosome.

A mutation in the TEAD1 gene on chromosome 11 may also be responsible for some cases of Aicardi syndrome in boys and girls.

Scientists have yet to prove these theories definitively, and research into the causes of Aicardi syndrome is ongoing.

Infantile spasms are usually the first symptom of Aicardi syndrome. These are seizures that involve single jerks of the whole body.

The spasms often appear before 3 months of age, and they can occur several times a day.

Before a doctor can make a diagnosis of Aicardi syndrome, they need to conduct tests to rule out other possible causes of the symptoms. These alternate causes could include:

Children with Aicardi syndrome usually have some degree of developmental delay and learning difficulties.

Epilepsy is a feature of Aicardi syndrome, and one study found that those with more severe epilepsy had poorer cognitive skills, involving organization and memory.

Some people with Aicardi syndrome have milder symptoms and may not receive a diagnosis until they are adults.

A doctor can detect Aicardi syndrome’s changes to the brain with an MRI scan. Some or all of the following features could be present:

People with Aicardi syndrome often have chorioretinal lacunae, which are round, whitish-yellow lesions in the retina — the tissue that lines the back of the eye. An ophthalmologist can see these lesions with an ophthalmoscope.

A person with Aicardi syndrome may also have:

Sometimes, these symptoms cause partial-sightedness or blindness.

Also, some people with Aicardi syndrome have distinct facial features and other physical attributes, including:

Other health issues associated with Aicardi syndrome are:

Aicardi syndrome can cause different symptoms in different people, and the treatments also vary.

The aim of treatment is to manage the symptoms, and a doctor will tailor their approach to address each person’s situation.

Some treatments focus on easing the severity and frequency of seizures. Others, such as physical, speech, and occupational therapies, can help people with Aicardi syndrome overcome developmental delays and problems relating to vision.

Having a rare disease or being the parent or caregiver of someone with this type of illness can be difficult. A person may feel isolated.

Support groups give people a space to voice their concerns and speak with others who face similar challenges.

The following groups may be useful for people with Aicardi syndrome and their loved ones:

Aicardi syndrome is a rare condition that can cause seizures, vision problems, and other symptoms. It mainly occurs in females.

Most experts think that Aicardi syndrome results from genetic mutation in embryos during very early pregnancy. It is not passed down through families.

As there is no cure for the condition, treatment aims to manage each individual’s symptoms.

How can we reduce our exposure to potentially harmful aluminum?

The surprising link between depression and the pursuit of happiness

What to know about HER2-negative breast cancer

What to know about medullary breast carcinoma

Bowel endometriosis: What to know