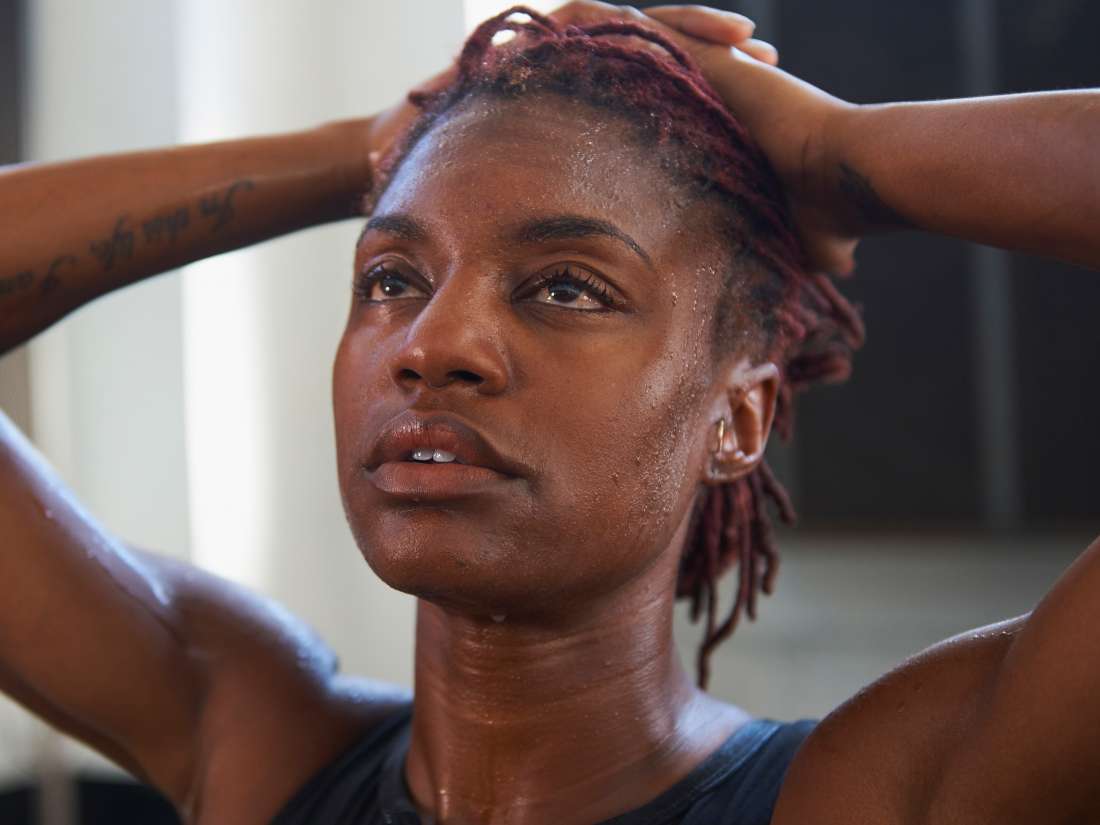 Hot flashes are common during menopause, as well as in perimenopause, which is the stage before menstruation stops.

A 2015 study found that four out of five women experienced hot flashes in middle age. On average, symptoms lasted more than 7 years. Some participants, however, reported hot flashes that lasted up to a decade or even longer.

Neither hot flashes nor menopause is dangerous or a symptom of an illness. The sudden rush of heat during a hot flash can be unpleasant, though.

In this article, learn more about how a hot flash feels and what to expect.

Hot flashes cause a sudden sensation of heat in the upper body. A person might experience symptoms in the chest, arms, neck, or face.

The heart rate also tends to increase during a hot flash, intensifying the sensation of heat. Most hot flashes last between 30 seconds and 10 minutes, but they can be longer.

The frequency of hot flashes varies significantly among individuals. For instance, they can happen many times an hour, a few times a day, or less than once a week. Some people find that their hot flashes follow a predictable pattern.

During a hot flash, blood vessels in the upper body expand, allowing more blood flow to the area. This increased blood flow can cause blotchy patches on the skin, or flushing.

Some people report experiencing anxiety or stress during a hot flash, especially if they are out in public and feel concerned about looking flushed.

After a hot flash, as the body attempts to cool itself, a person may experience sweating that causes them to feel cold or shiver.

The transition to menopause usually begins between the ages of 45 and 55 years. A person reaches menopause after 1 year without a period. The average age of menopause is 51 years.

However, some people experience early menopause in their 30s. Others may continue menstruating into their late 50s or even early 60s.

Age is generally a good predictor of menopause, though, and it can help with determining whether a sudden feeling of heat is a hot flash or something else.

Those in their 20s or 30s who experience sudden rushes of heat may have another problem, such as a fever, infection, or inflammation.

Even when menopause is the culprit, it is important to see a doctor when symptoms appear very early. Some medical conditions may trigger early menopause.

Some other symptoms of menopause include:

Certain lifestyle changes can ease hot flashes and some other menopause symptoms. A person can try:

Paroxetine (Paxil), a type of antidepressant, may help relieve hot flashes in cases where lifestyle changes are ineffective, or a person wants to avoid taking hormonal medications.

Most people take the drug at lower dosages than they would for depression. However, when someone experiences depression along with menopause, a doctor may recommend a higher dosage.

HRT may increase the risk of stroke, blood clots, heart attack, gallbladder disease, and breast cancer, so it is important to talk with a doctor to weigh up the risks and benefits.

The safest strategy is to take hormones at the lowest effective dosage and for the shortest possible time.

Hot flashes are a sudden feeling of heat in the upper body, including the chest, arms, neck, and face. They may occur with an increased heart rate and flushing.

Hot flashes can be annoying, stressful, and uncomfortable. However, this common symptom usually fades as a person’s periods disappear, and they enter menopause.

Many home remedies and lifestyle changes can make hot flashes easier to manage. People can also ask a doctor about medications to relieve symptoms.

Blocked tear duct: What to know

Why do you get headaches during your period?

How can you tell when you have high blood pressure?

Cardiovascular risk linked not to weight, but to body fat storage

Is the shot or the pill better for birth control?

Top 10 Fruits That Have Drastically Changed