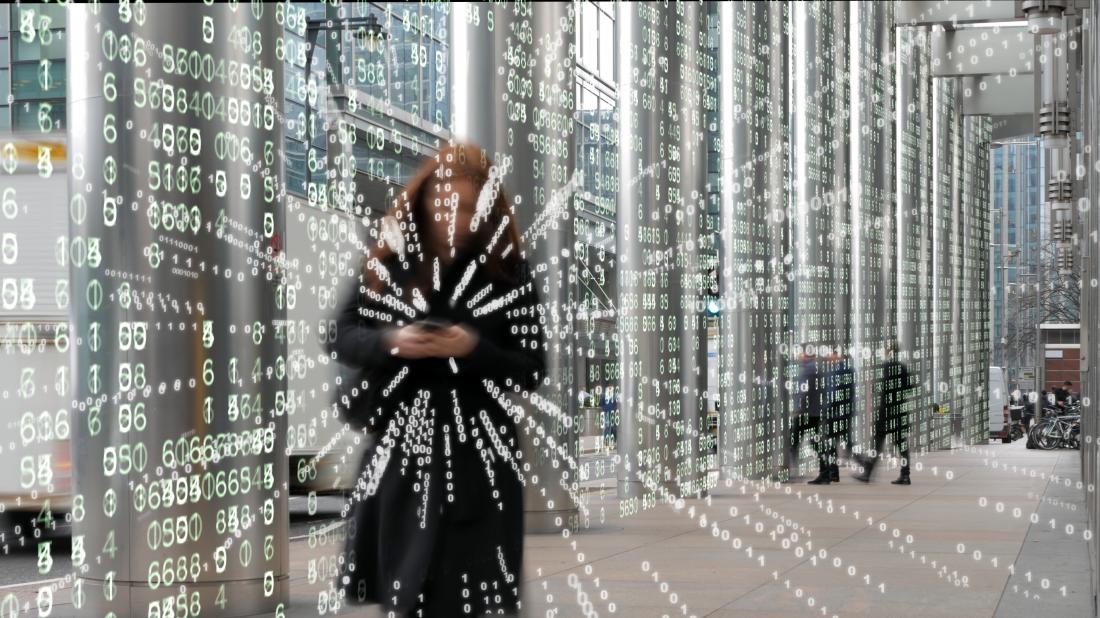 Why do some people believe that 5G technology may harm our health?

The term 5G refers to the fifth generation of mobile technology. With promises of faster browsing, streaming, and download speeds, as well as better connectivity, 5G may seem like a natural evolution for our increasingly tech-reliant society.

But beyond allowing us to stream the latest movies, 5G has been designed to increase capacity and reduce latency, which is the time that it takes for devices to communicate with each other.

For integrated applications, such as robotics, self-driving cars, and medical devices, these changes will play a big part in how quickly we adopt technology into our everyday lives.

The mainstay of 5G technology will be the use of higher-frequency bandwidths, right across the radiofrequency spectrum.

In the United States, the Federal Communications Commission has auctioned off the first bandwidth — 28 gigahertz (GHz) — that will form the 5G network, with higher bandwidth auctions scheduled for later this year.

But what does 5G have to do with our health?

In this Spotlight, we look at what electromagnetic radiation is, how it can impact our health, the controversy surrounding radiofrequency networks, and what this means for the advent of 5G technology.

Was is electromagnetic radiation?

Electric fields exist wherever there are power lines or outlets, whether the electricity is switched on or not. Magnetic fields are created only when electric currents flow. Together, these produce EMFs.

Electromagnetic radiation exists as a spectrum of different wavelengths and frequencies, which are measured in hertz (Hz). This term denotes the number of cycles per second.

Power lines operate between 50 and 60 Hz, which is at the lower end of the spectrum. These low-frequency waves, together with radio waves, microwaves, infrared radiation, visible light, and some of the ultraviolet spectrum — which take us into the megahertz (MHz), GHz, and terahertz spectra — make up what is known as nonionizing radiation.

Above this lie the petahertz and exahertz spectra, which include X-rays and gamma rays. These are types of ionizing radiation, which mean that they carry sufficient energy to break apart molecules and cause significant damage to the human body.

Radiofrequency EMFs (RF-EMFs) include all wavelengths from 30 kilohertz to 300 GHz.

For the general public, exposure to RF-EMFs is mostly from handheld devices, such as cell phones and tablets, as well as from cell phone base stations, medical applications, and TV antennas.

The most well-established biological effect of RF-EMFs is heating. High doses of RF-EMFs can lead to a rise in the temperature of the exposed tissues, leading to burns and other damage.

But mobile devices emit RF-EMFs at low levels. Whether this is a cause for concern is a matter of ongoing debate, reignited by the arrival of 5G.

In 2011, 30 international scientists, who are part of the working group of the International Agency for Research on Cancer (IARC), met to assess the risk of developing cancer as a result of exposure to RF-EMFs.

The working group published a summary of their findings in The Lancet Oncology.

The scientists looked at one cohort study and five case-control studies in humans, each of which was designed to investigate whether there is a link between cell phone use and glioma, a cancer of the central nervous system.

The team concluded that, based on studies of the highest quality, “A causal interpretation between mobile phone RF-EMF exposure and glioma is possible.” Smaller studies supported a similar conclusion for acoustic neuroma, but the evidence was not convincing for other types of cancer.

The team also looked at over 40 studies that had used rats and mice.

In view of the limited evidence in humans and experimental animals, the working group classified RF-EMFs as “possibly carcinogenic to humans (Group 2B).” “This evaluation was supported by a large majority of working group members,” they write in the paper.

WHO says ‘no adverse health effects’

Despite the classification of RF-EMFs as possibly carcinogenic to humans, other organizations have not come to the same conclusion.

The IARC is part of the World Health Organization (WHO). Yet, the WHO is undertaking a separate “health risk assessment of [RF-EMFs], to be published as a monograph in the Environmental Health Criteria series.”

The International EMF Project, established in 1996, is in charge of this assessment.

According to the International EMF Project brochure:

“The project is overseen by an advisory committee consisting of representatives of eight international organizations, eight independent scientific institutions, and more than 50 national governments, providing a global perspective. The scientific work is conducted in collaboration with the International Commission on Non-Ionizing Radiation Protection (ICNIRP). All activities are coordinated and facilitated by the WHO Secretariat.”

The results of the project have not been published yet.

At present, the WHO state that “To date, no adverse health effects from low level, long term exposure to radiofrequency or power frequency fields have been confirmed, but scientists are actively continuing to research this area.”

In the U.S., the Federal Communications Commission state that “At relatively low levels of exposure to RF radiation — i.e., levels lower than those that would produce significant heating — the evidence for production of harmful biological effects is ambiguous and unproven.”

What is the controversy?

Dr. Lennart Hardell, from the department of oncology at Örebro University, in Sweden, is an outspoken critic of the WHO’s decision not to adopt the IARC’s classification of RF-EMFs as possibly carcinogenic.

In a 2017 article in the International Journal of Oncology, he explains that several members of the EMF project’s core group are also affiliated with the ICNIRP, an organization he describes as “an industry-loyal NGO.”

“Being a member of ICNIRP is a conflict of interest in the scientific evaluation of health hazards from RF radiation through ties to military and industry,” Dr. Hadrell writes. “This is particularly true, since the ICNIRP guidelines are of huge importance to the influential telecommunications, military, and power industries.”

The BioInitiative report, issued by 29 medical and scientific experts — of which Dr. Hardell is one — states that “Bioeffects are clearly established and occur at very low levels of exposure to [EMFs] and radiofrequency radiation.”

The report, part of which was updated earlier this year, highlights links to DNA damage, oxidative stress, neurotoxicity, carcinogenicity, sperm morphology, and fetal, newborn, and early life development. They also propose a link between RF-EMF exposure and a higher risk of developing autism spectrum disorder.

The group urges governments and health agencies to establish new safety limits to protect the public.

What do the latest studies say about cancer risk?

Writing in the International Journal of Hygiene and Environmental Health, Dr. Agostino Di Ciaula from the division of internal medicine at the Hospital of Bisceglie, in Italy, reviewed the latest studies on the effect of RF-EMFs in humans, animals, and microbes.

In his article, he writes, “Evidences about the biological properties of RF-EMF are progressively accumulating and, although they are in some case still preliminary or controversial, clearly point to the existence of multilevel interactions between high-frequency EMF and biological systems and to the possibility of oncologic and non-oncologic (mainly reproductive, metabolic, neurologic, microbiologic) effects.”

“Biological effects have also been recorded at exposure levels below the regulatory limits, leading to growing doubts about the real safety of the currently employed ICNIRP standards,” he continues.

“Further experimental and epidemiologic studies are urgently needed in order to better and fully explore the health effects caused in humans by the exposure to generic or specific […] RF-EMF frequencies in different age groups and with increasing exposure density.”

The ICNIRP have published their take on two of the most recent studies that have investigated whether RF-EMFs can cause cancer in rats and mice.

The second study, published in the journal Environmental Research by a group of researchers from the Cesare Maltoni Cancer Research Center, at the Ramazzini Institute, in Bologna, Italy, found an increase in tumors in the heart in rats exposed to an RF-EMF equivalent of a 1.8-GHz base station.

“Overall, based on the considerations outlined below, ICNIRP concludes that these studies do not provide a reliable basis for revising the existing radiofrequency exposure guidelines,” the ICNIRP write.

Moving from 4G to 5G 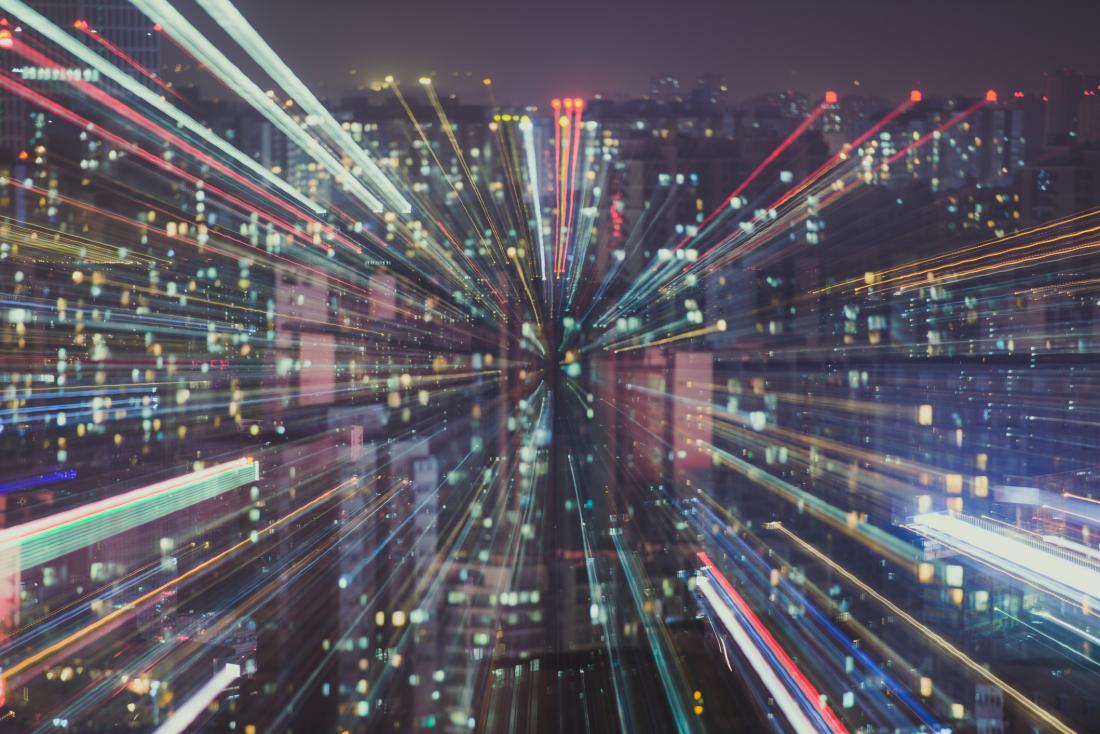 Will 5G expose us to more radiation?

The arrival of the 5G network promises to improve connectivity. What that means, in reality, is wider coverage and more bandwidth to allow our multitude of data to travel from A to B.

To build out networks at the higher end of the RF-EMF spectrum, new base stations, or small cells, will appear around the globe.

The reason behind this is that high-frequency radio waves have a shorter range than lower-frequency waves. Small cells that will allow data to travel relatively short distances will form a key part of the 5G network, particularly in areas of dense network usage.

But while our lives may be transformed by faster browsing, integrated e-health applications, driverless cars, and real-life connectivity across the “internet of things,” will this make a significant impact on the amounts of RF-EMFs that we are exposed to?

The short answer is, no one really knows, yet. Writing in Frontiers in Public Health earlier this month, a group of international scientists, including Dr. Hardell, comment on the potential risks of 5G technology.

“Higher frequency (shorter wavelength) radiation associated with 5G does not penetrate the body as deeply as frequencies from older technologies, although its effects may be systemic,” they explain.

“The range and magnitude of potential impacts of 5G technologies are under-researched, although important biological outcomes have been reported with millimeter-wavelength exposure. These include oxidative stress and altered gene expression, effects on skin, and systemic effects, such as on immune function,” the authors continue.

The teams makes several recommendations, which include more rigorous testing and collecting data to identify links between RF-EMF exposure and health outcomes, sharing health risk information with users, and limiting exposure in under-16s. The last point on their list states the following:

“Cell towers should be distanced from homes, daycare centers, schools, and places frequented by pregnant women, men who wish to father healthy children, and the young.”

There is certainly evidence that ties RF-EMF exposure to a small increase in the risk of developing certain cancers and other adverse health outcomes.

But the jury is still out on how serious a threat RF-EMFs in general — and 5G bandwidths in particular — pose to our health.

For those of us who live in densely populated areas, there is no escape from the myriad radio waves zipping through the air all around us.

To reduce our exposure to RF-EMFs, the Food and Drug Administration (FDA) suggest cutting down how much time we spend on our cell phones, as well as using speaker mode or a hands-free kit to create more distance between our devices and our heads.

The American Academy of Pediatrics (AAP) recommend limiting the time that kids and teenagers spend on mobile devices.

Long-term studies that investigate the effects of exposure to digital networks are ongoing. One of these is the COSMOS study, which started in 2007 with the aim of following at least 290,000 people across six European countries for 20–30 years to assess their cell phone usage and health outcomes.

Only time will tell what the results of this and other studies show.

What are the 6 essential nutrients?

What to know about glimepiride

What is the secondary stage of syphilis?

What are the symptoms of high estrogen?

Orgasmic dysfunction: Everything you need to know